You are here: Home > Rare Breeds 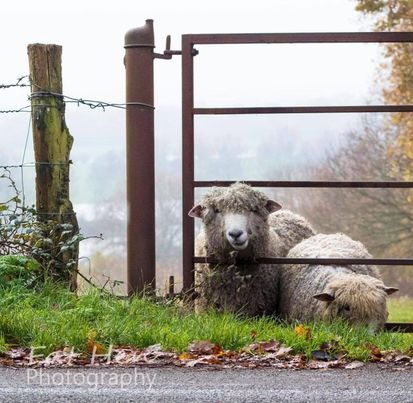 Rare breeds, of whom origins in the ancient agricultural of animals kept by our ancestors, they continue to preserve their unique genes which is critical as we may need the traits they carry in the future.

The East Anglian Support Group of Rare Breeds Survival Trust (RBST) established in 1973, monitors the numbers of rare and native breeds of sheep, pigs, equines, poultry and cattle and promotes the breeding and registration of these breeds.

RARE BREEDS AROUND THE VILLAGE

Castlemilk Moorit sheep, or as this particular flock is known locally as Constable Castlemilks.

One of the most primitive breeds of rare sheep and classified ‘at risk’ with only 900-1500 breeding females.  They are long legged, agile and often described as looking more like a deer or goat.

Julie Price (who is on the committee for the East Anglian Support Group of the RBST) started keeping these sheep 12 years ago and from having no prior knowledge of keeping sheep her successful breeding programme has in this time  produced around 60 lambs to help increase breed numbers.

You will find this flock along Flatford Lane, second from last silver gate on the right before the Flatford car park)

With thanks to Julie Price

A breed from the early 1800’s and bred on the Island of Guernsey, it wasn’t until the 1930’s that Golden Guernsey goats were recognised as a rare breed, however they were almost wiped out in WW2 as most were slaughtered during the German occupation.

Kate Stannett keeps 2 Golden Guernsey Goats (Rudy whose pedigree name is Rayton Wunula & Pipsqueak, Rayton Samur Gold) amongst other animals on the field at the top of Rectory hill, including 8 sheep (Apple, Pear, May, Conker, Frosty, Flea, Betty & Piglet), Wellington (a traditional Cob) his Shetland pony friend  (Hendor Linnet) Lola, and a mixed flock of turkeys  which include a few ‘Crowlitzer ‘ (Colin & Eddie) that are on the at risk list as well.

With thanks to Kate Stannett

The Red Poll, a cross between the milky Suffolk Dun and meaty Norfolk Red in early 19th century and the society was established in 1888.  Known as the East Anglian Polls and later as the Norfolk and Suffolk Polled cattle as being confined to these two counties.

They are symmetrically built, of medium size and uniformly red in colour with a tuft of hair on the poll.

As dairy cattle they are noted for their length of which they continue to milk and as beef produces they are hardy and docile.

The cattle are kept behind the Old Hall estate and you may see them in the fields to the right off Flatford Lane.

A hardy breed of longwool sheep best suited to dry and cold conditions.

Originally bred for its reputation for wool in the 1700’s the breed also became renowned as a mutton producer, however with the decline in the importance of wool and the rise of the ‘Down’ breeds as quality meat, the Lincolns numbers fell dramatically and remains rare to this day.

You can find these sheep on the left off Flatford lane towards the back of Stour House.

With thanks to The Old Hall Community. 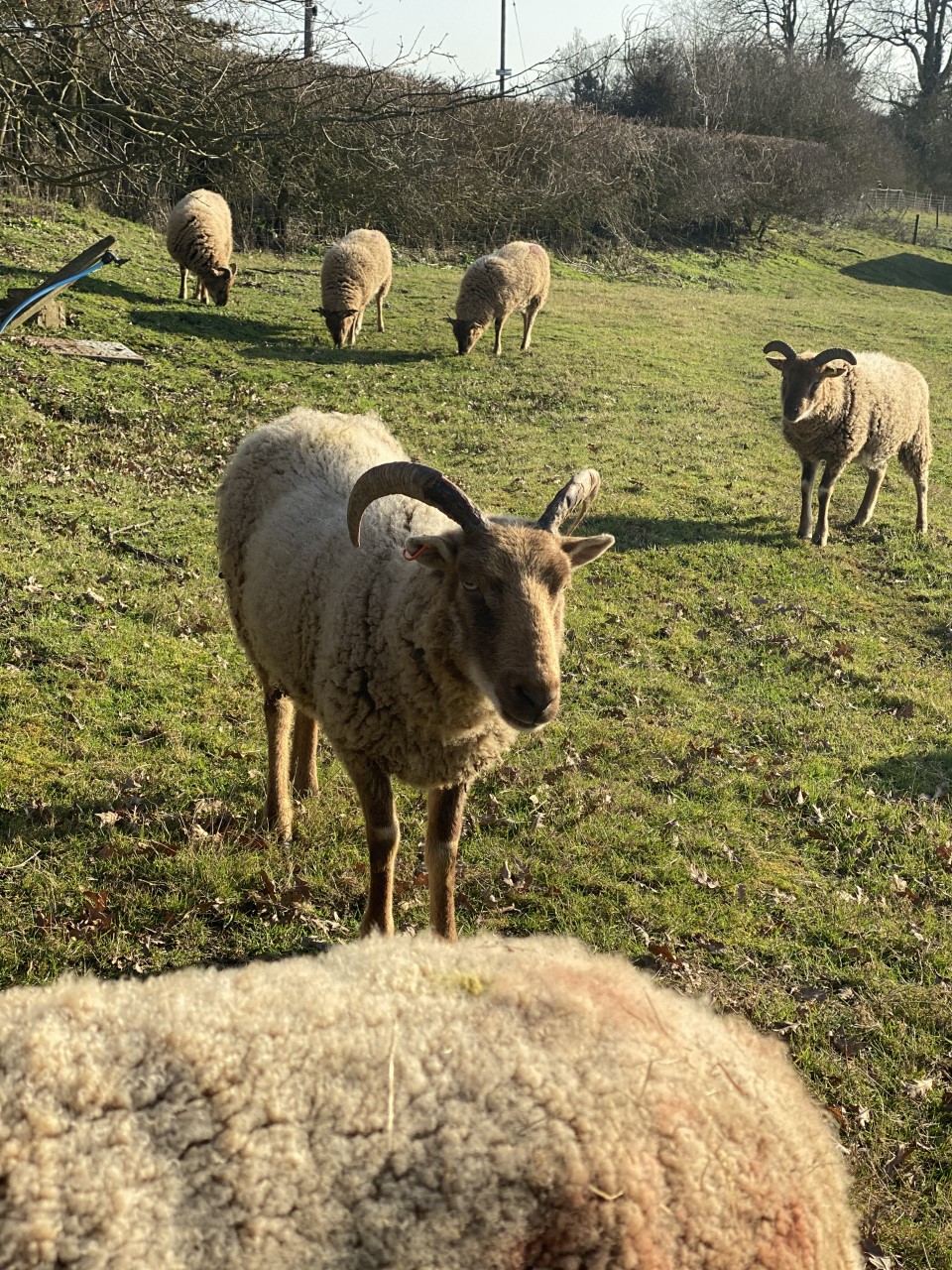 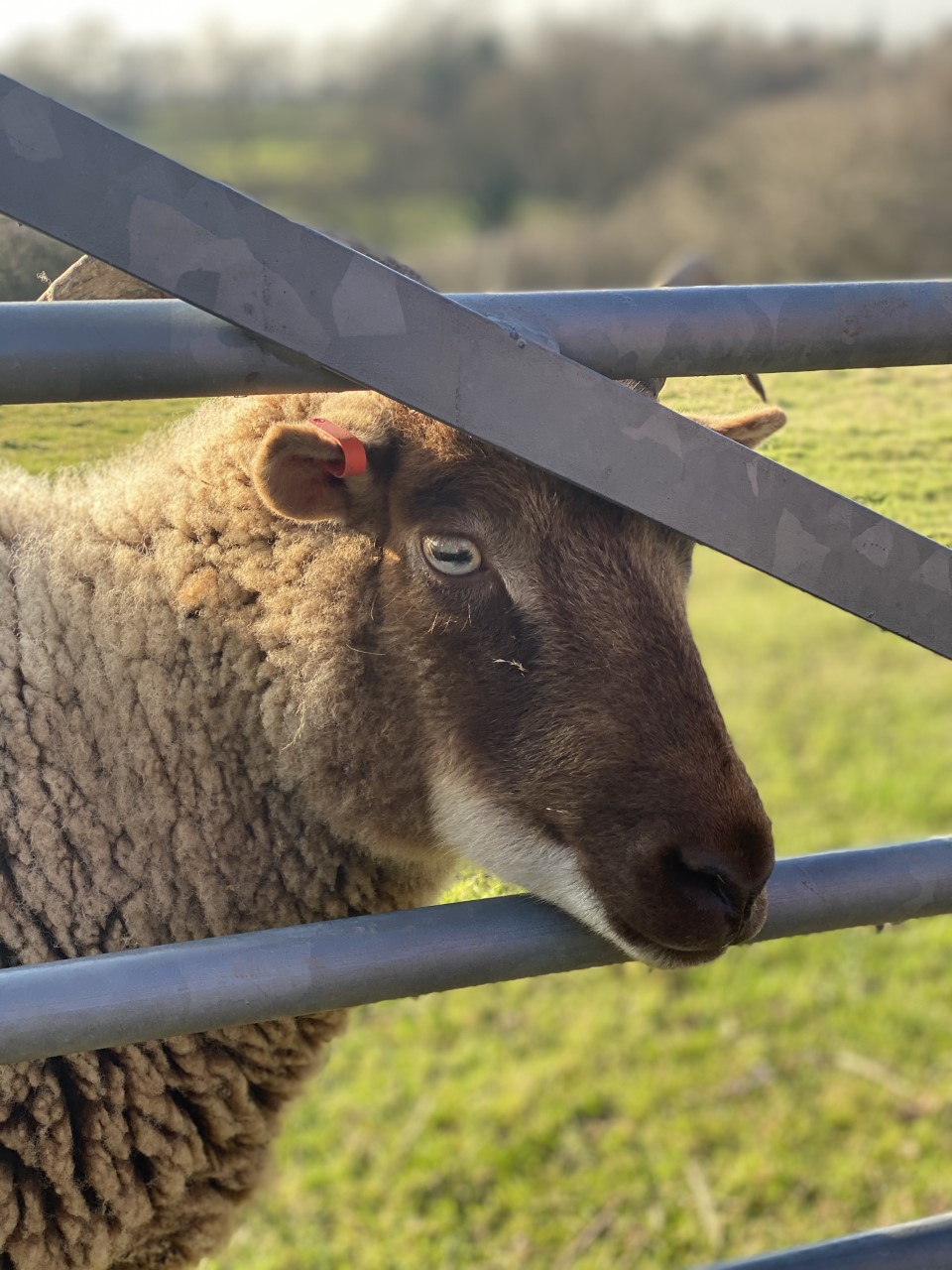 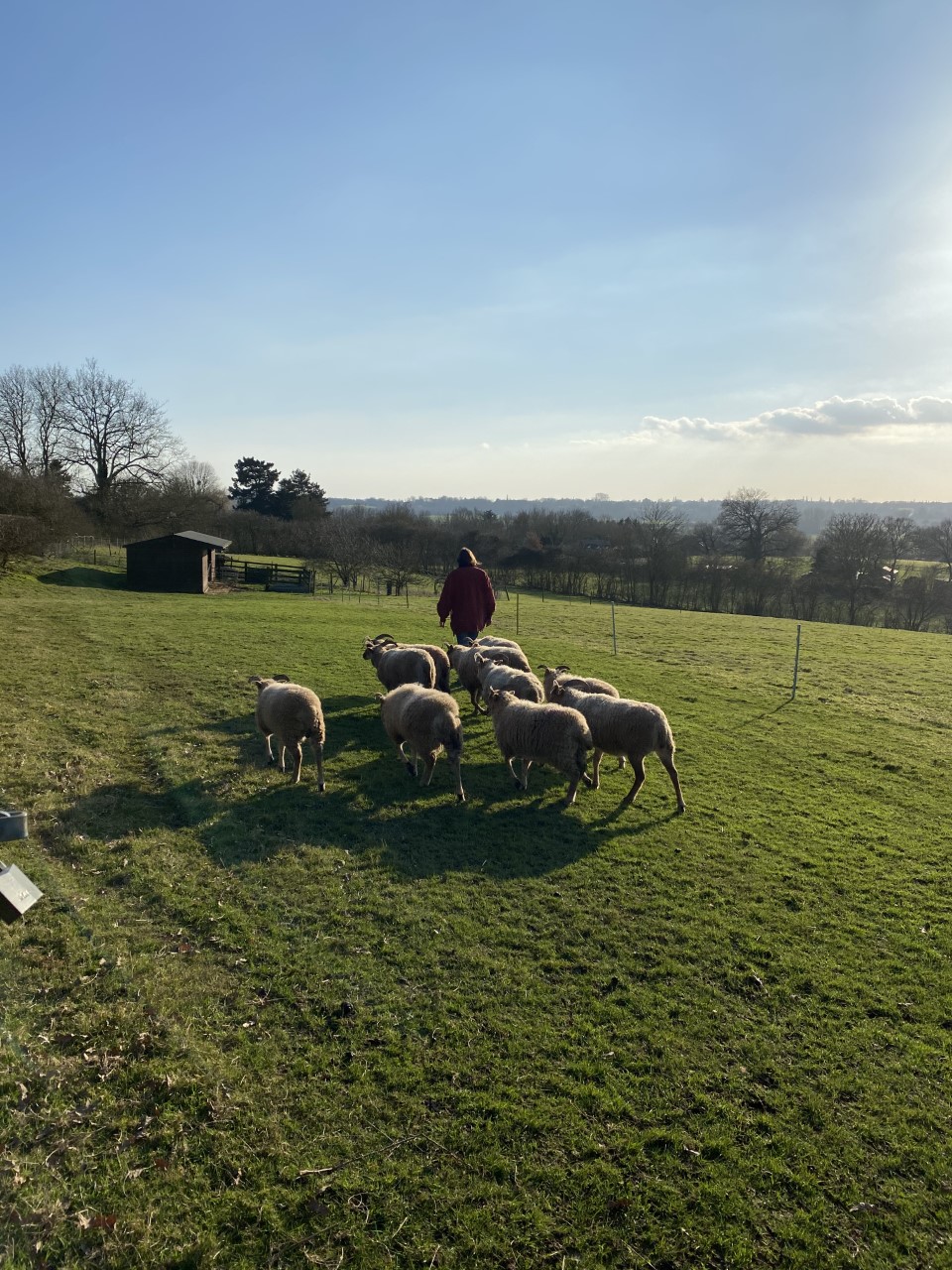 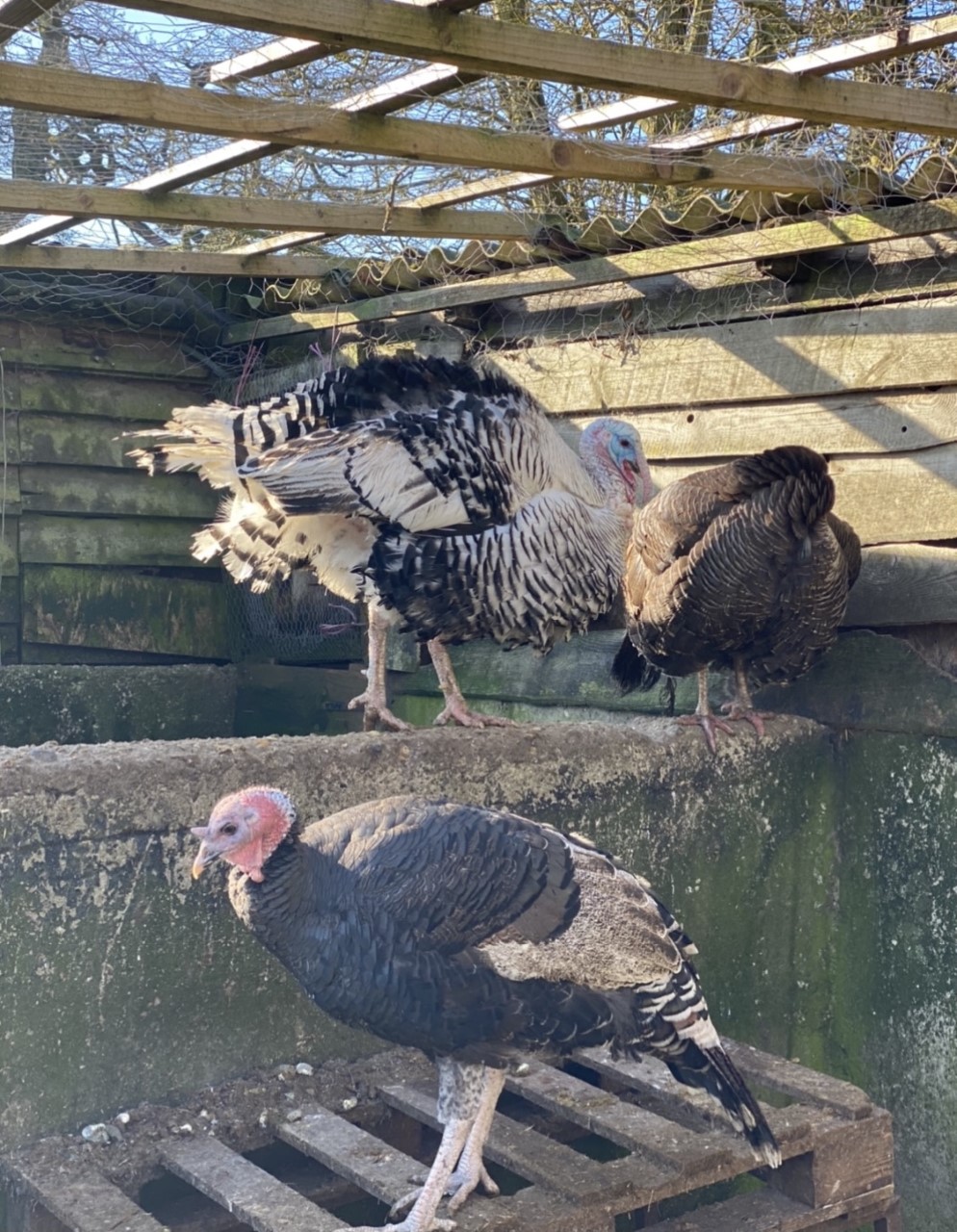 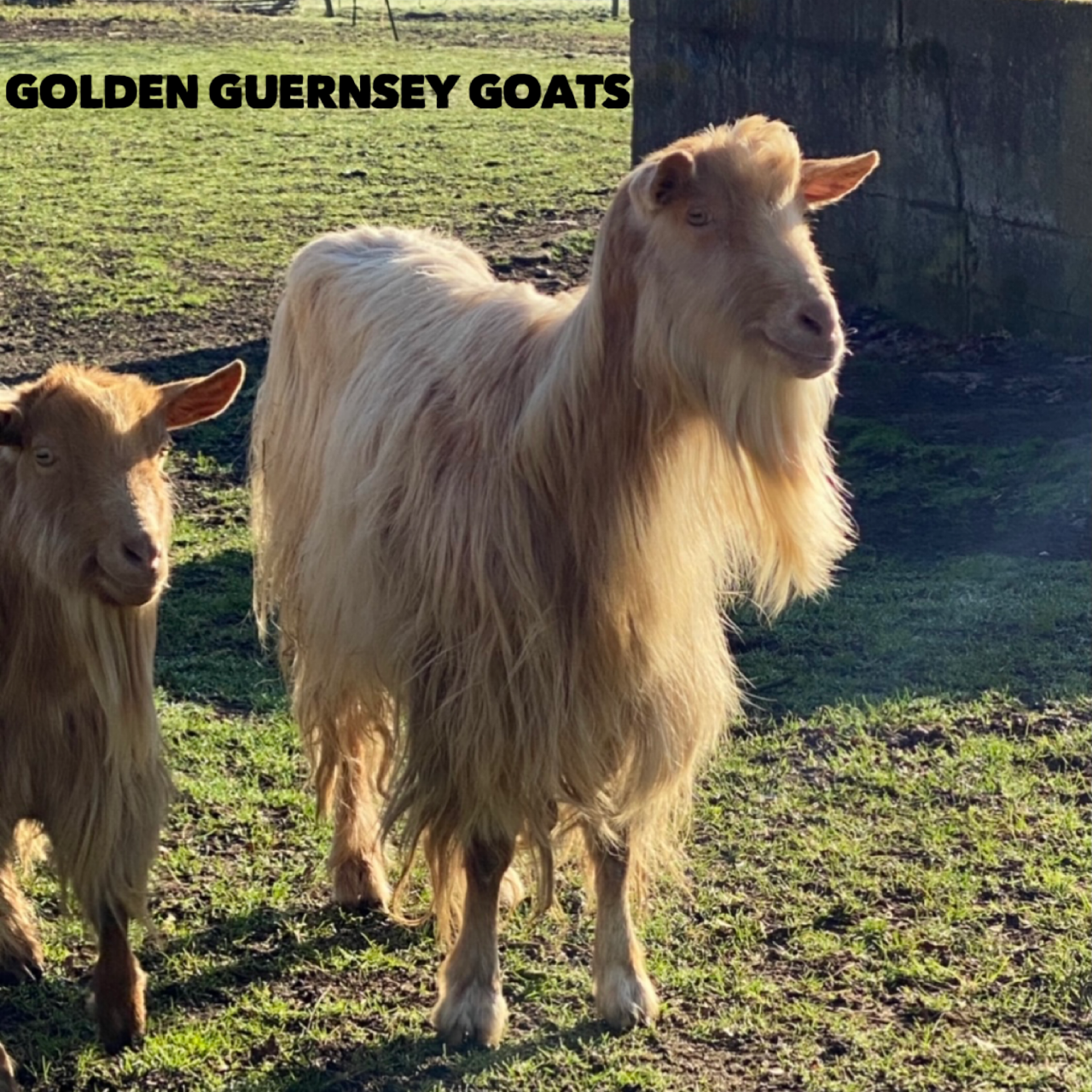 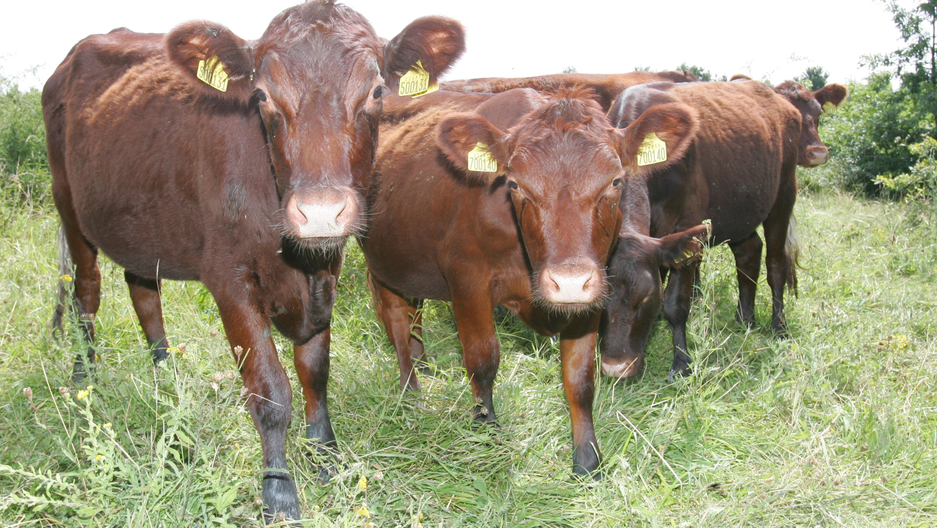 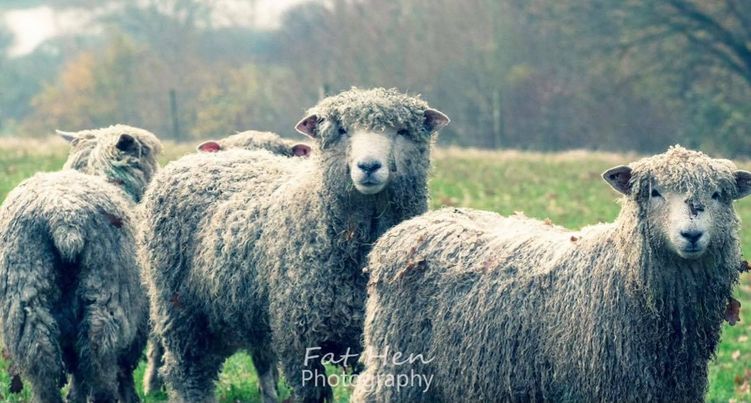 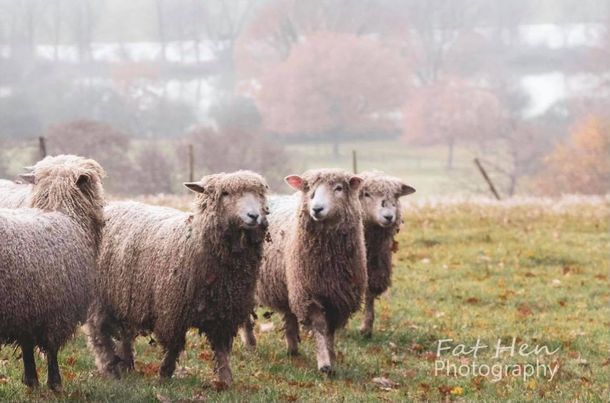 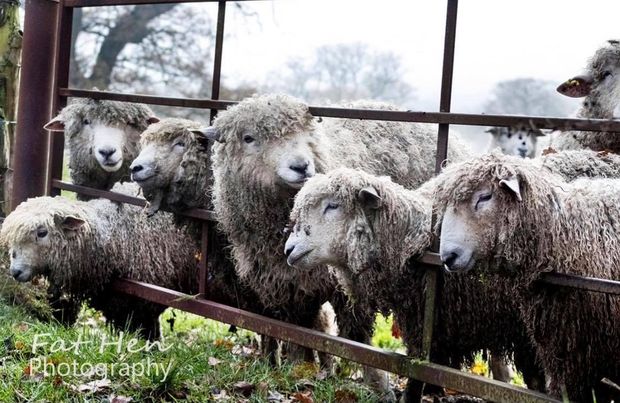 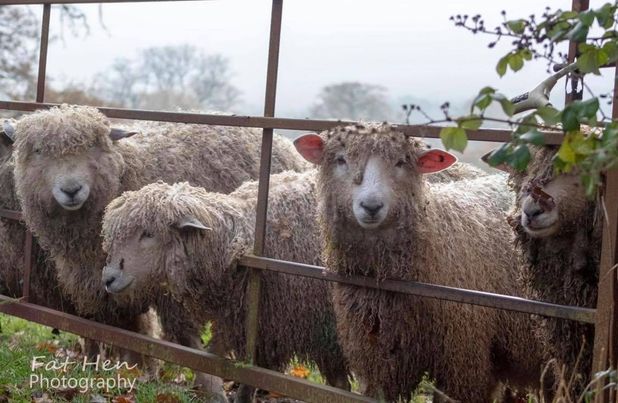