You are here: Home > The Box Iron 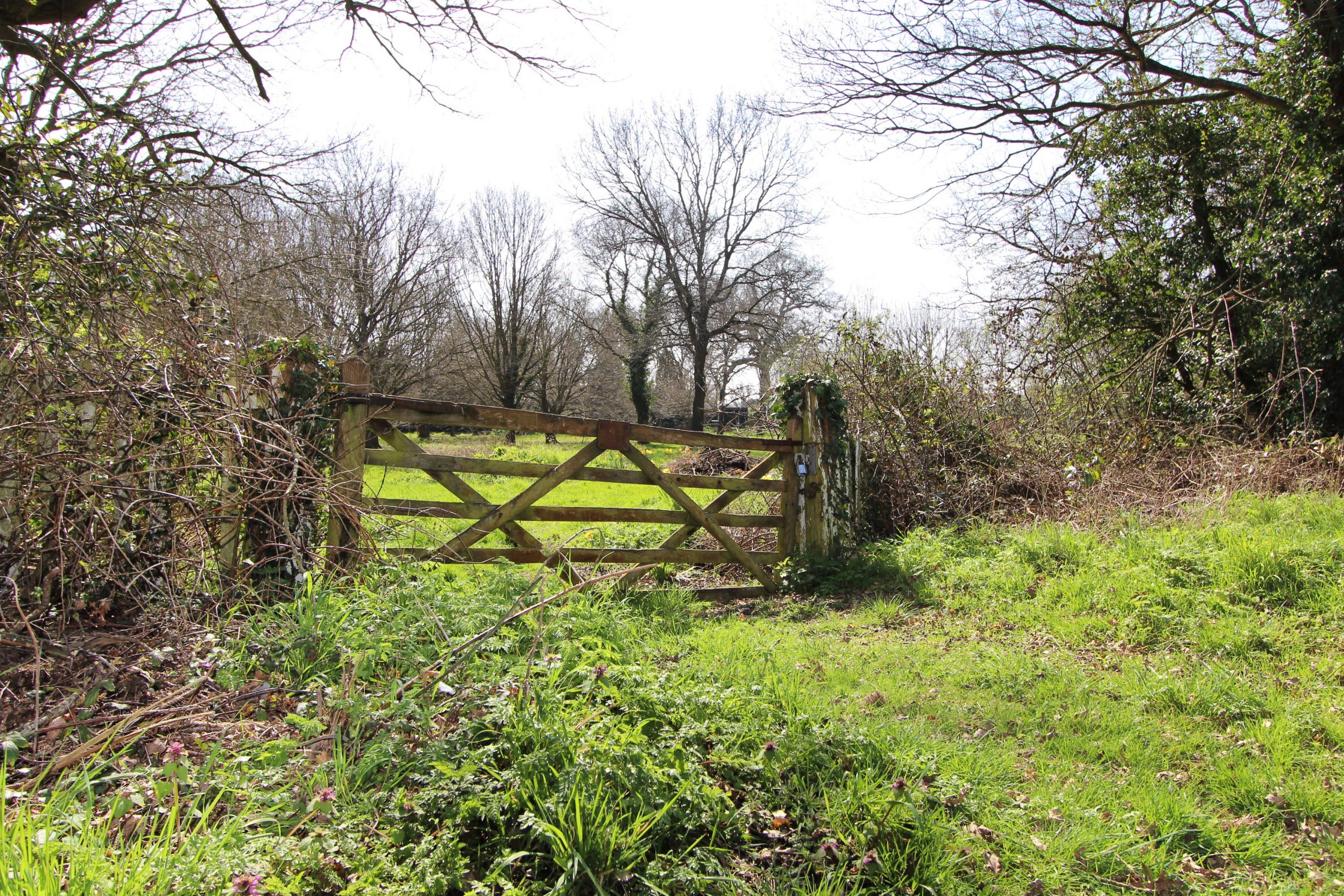 Originally a medieval satellite hamlet of the village, Gaston’s End is an historic settlement with the pattern of the triangular green known as the ‘BOX IRON’, bordered by Heath Road, Quintons Road and Woodgates Road

The Box Iron, once common grazing land but now overgrown hedges and brambles make it almost inaccessible, is an open triangular piece of land which is a final memory of East Bergholt Heath, the  last remnant of the village green for Quintons End of East Bergholt.

The Heath was enclosed in 1817 and this grassy triangle was sold to the owners of the 3 old houses at the end of Quintons Road for £5 each. The land was never developed and for very many years the local farmer, Mr Moore, used to keep it mown for the use of local residents and tended the hedges around the field. Some of our older generation of residents can still remember as children playing football in the field and fishing for tadpoles in the pond at the SW corner.

This part of the village remained very rural right up until the 1970s when a permanent pavement and kerb stones replaced the old dirt foot track way and grass verges. The Box Iron is designated a green open space in the East Bergholt Neighbourhood Plan signifying its importance to the residents in Quintons End. 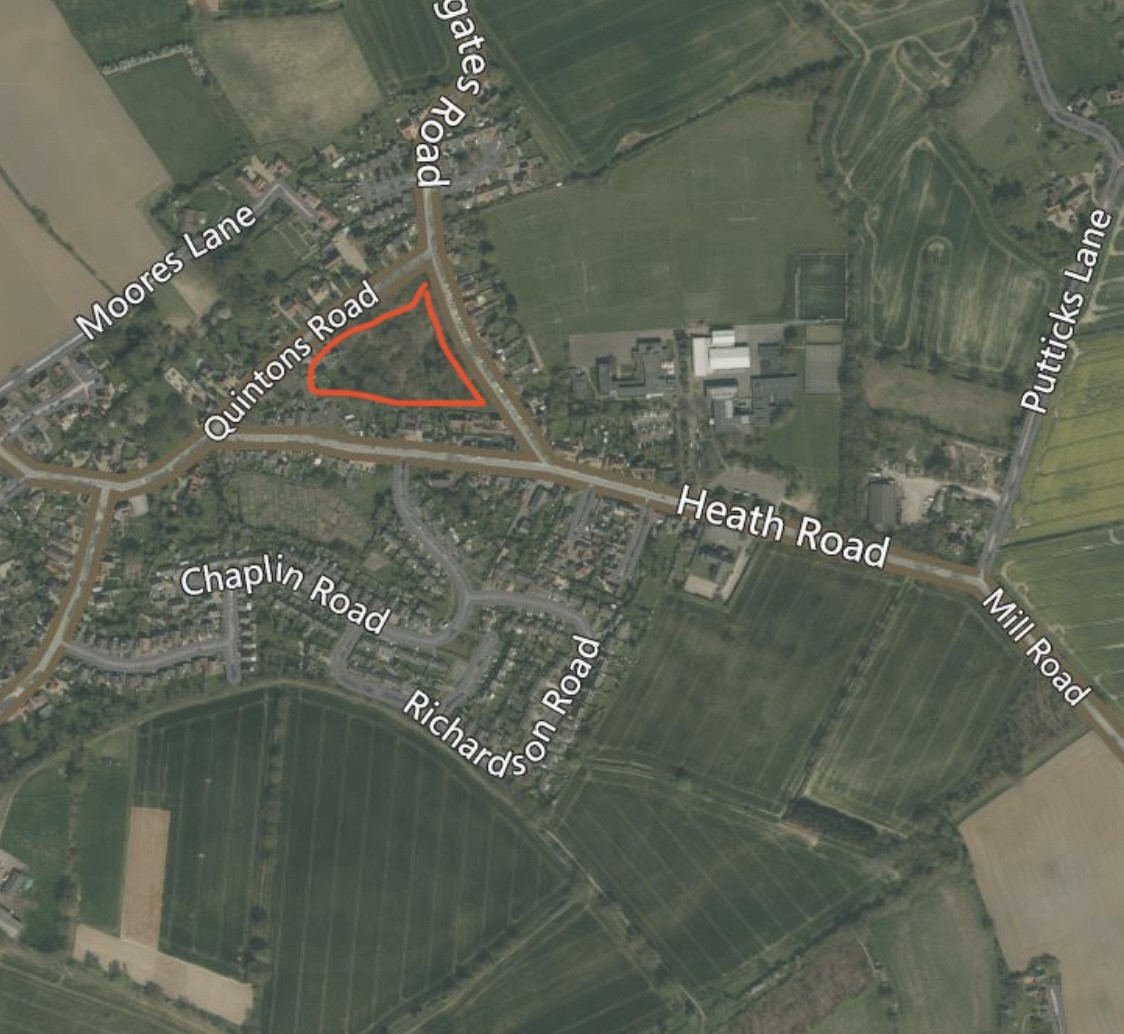 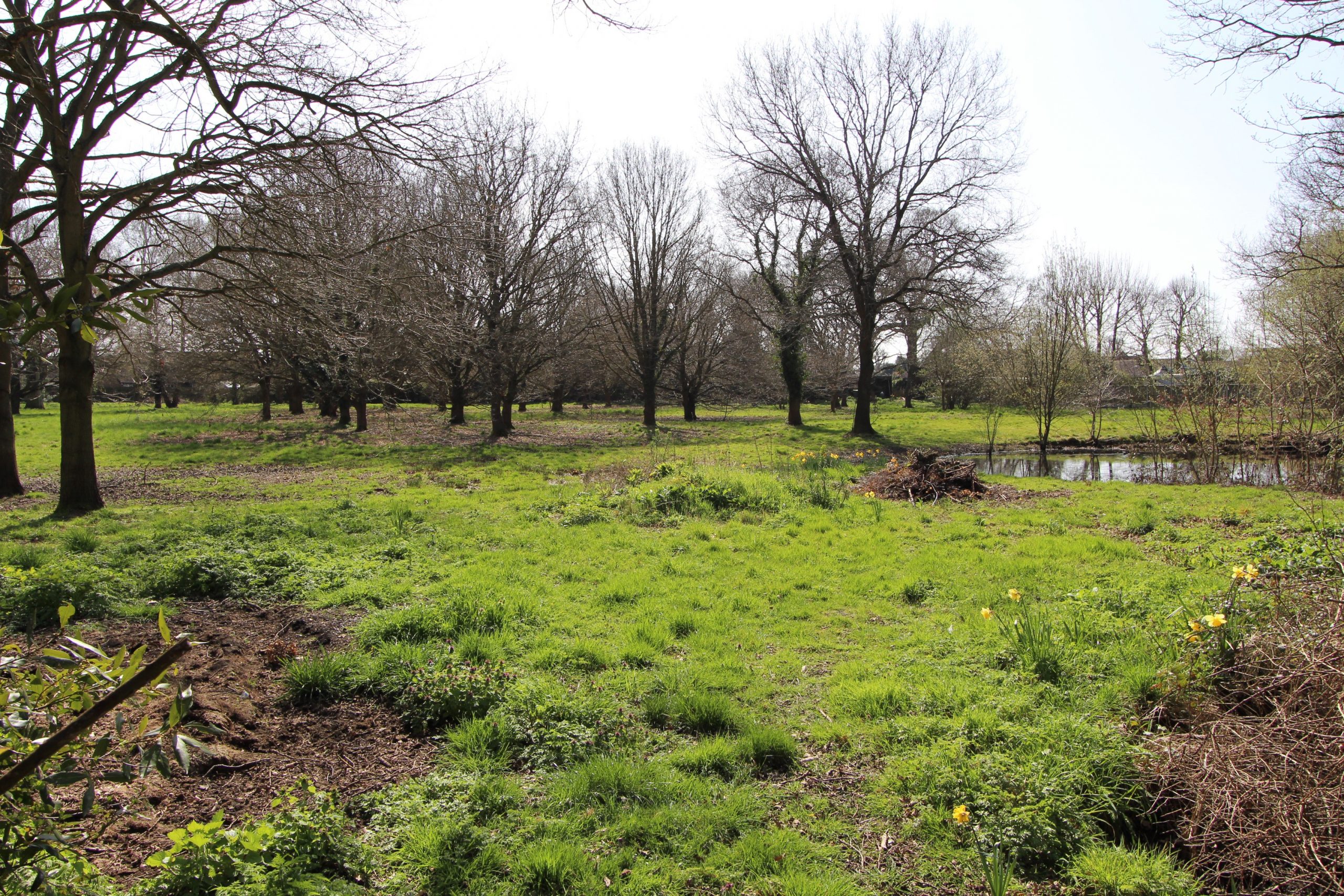 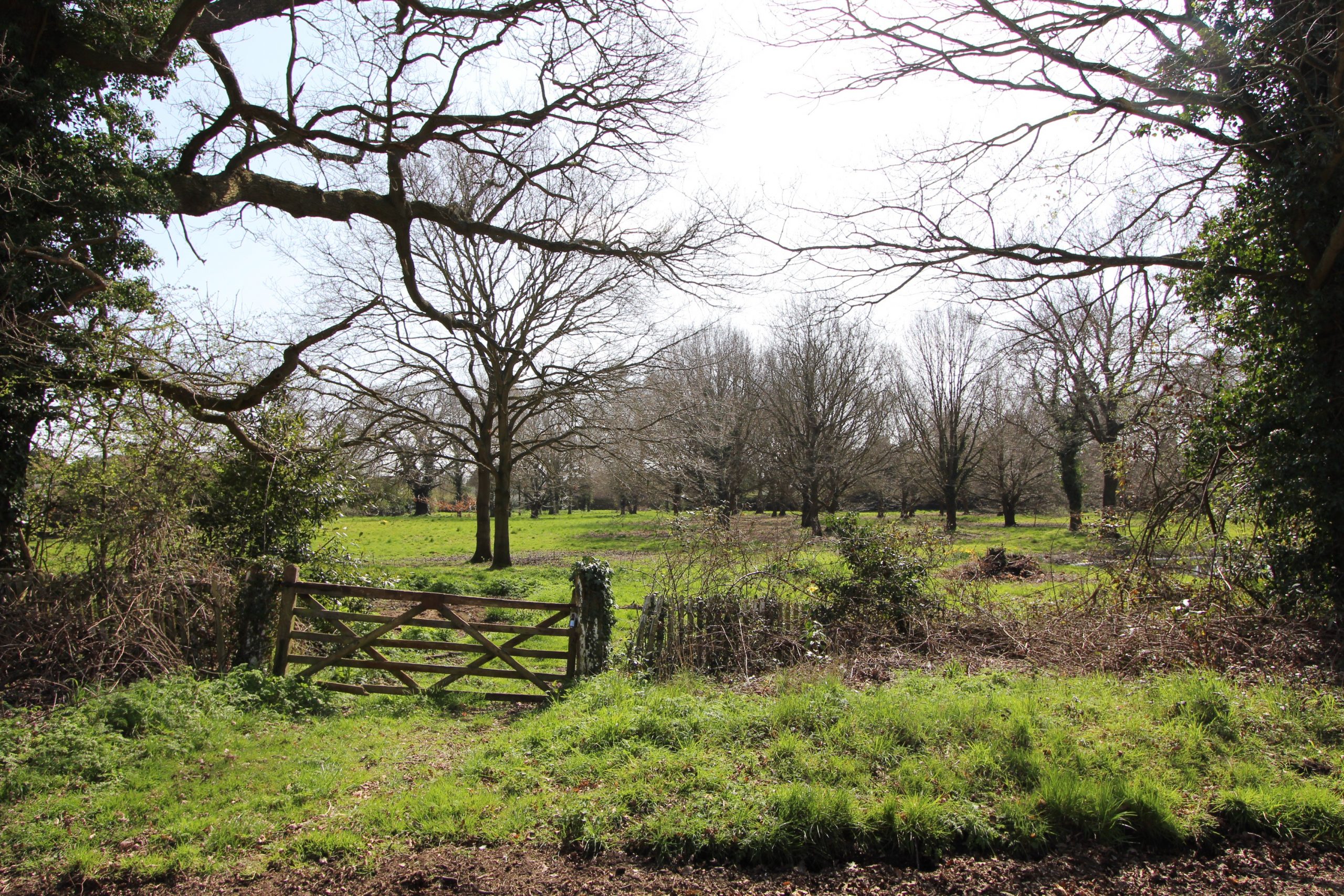 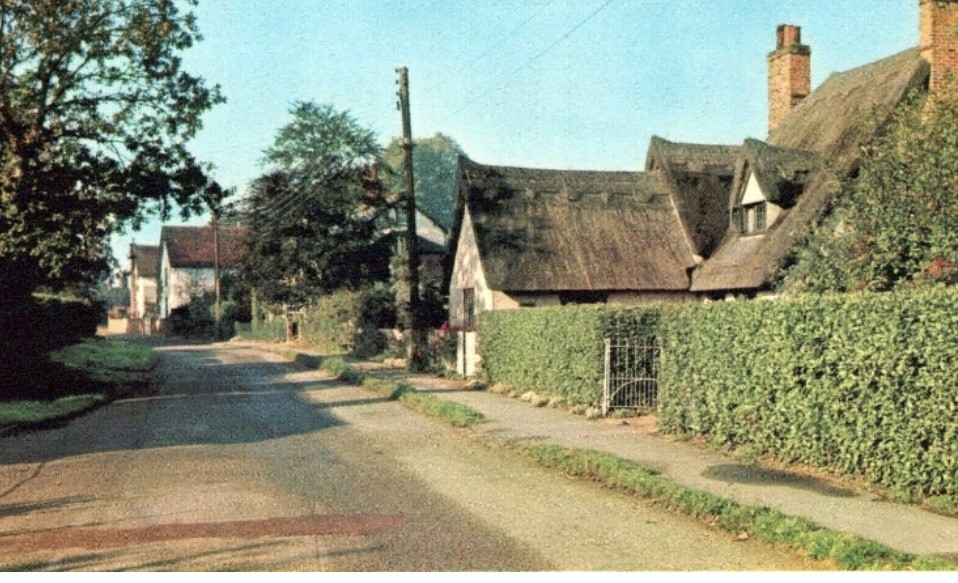