The Four Manors of East Bergholt

You are here: Home > The Four Manors of East Bergholt 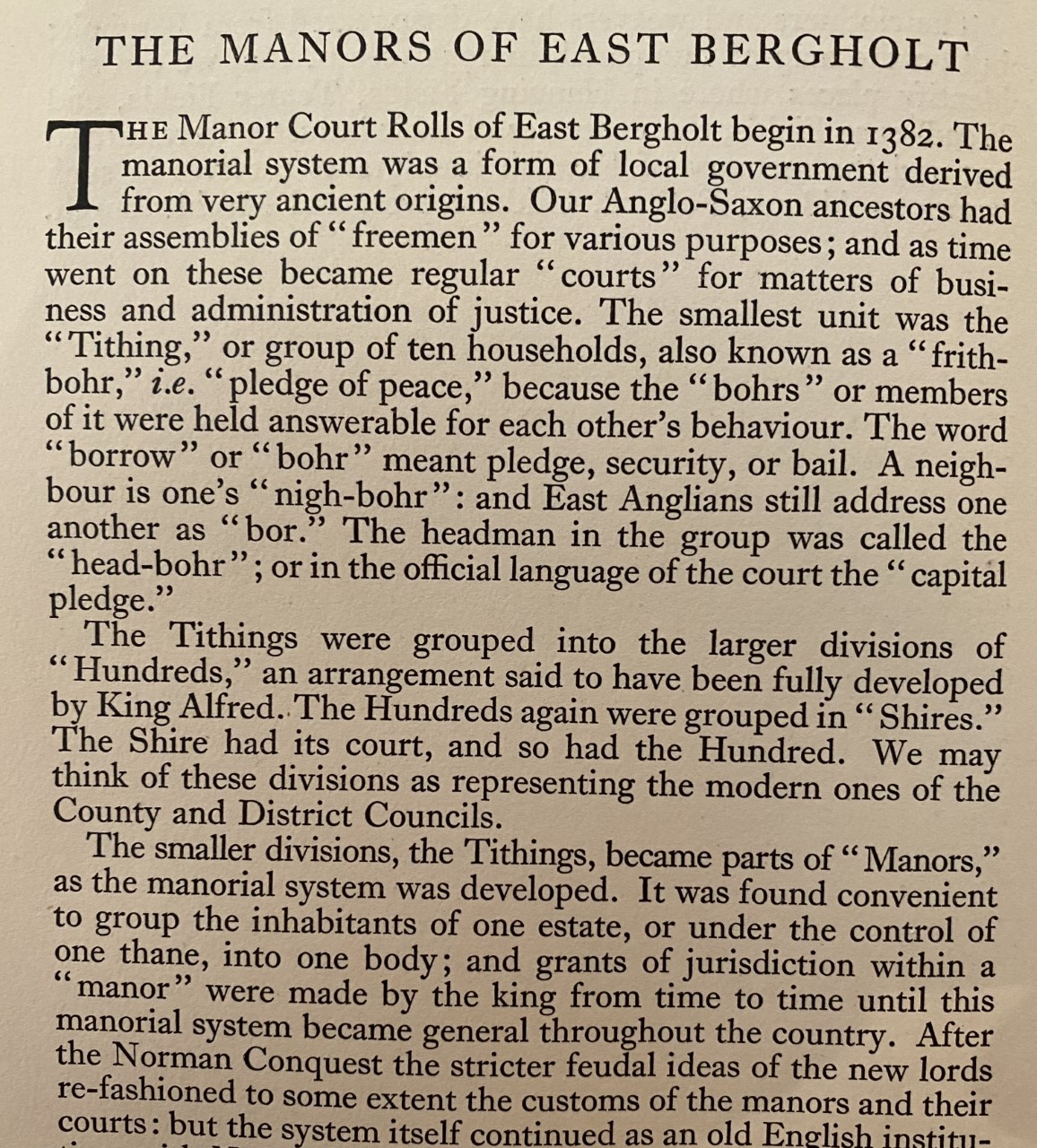 The Four Manors of East Bergholt

The parish of East Bergholt is just over 3000 acres and by Anglo Saxon times it was a well established community. It was divided into four manors with Old Hall the principal manor containing part of Flatford hamlet. In the Domesday Book of 1084 it is recorded as the royal parish of ‘Bercolt’, which means it was held as the personal property of the king.

East Suffolk is mainly an agricultural area but until the end of the 16th century also very involved with the cloth trade.

Flatford was part of two manors, Old Hall and Illaries.

The principal buildings in Flatford are timber framed which are good examples of a range of early buildings. These are:

The earliest sign of human activity in Flatford is a site about 150 yards downstream of Willy Lott’s which was later known as the Swans’ Nest. In his book, published in 1923, Rev Paterson describes it as being a rectangular enclosure about 45 by 32 yards surrounded by a wide moat. He considered that it was a defensive position built perhaps by the Romans or Anglo Saxons to prevent boats moving upstream.

It is unlikely that the number of cottages and houses in Flatford today would have been sufficient to accommodate the number of work people and their families needed to work the local farms, the mill and the river activities. Although firm evidence is rare, there are some pointers:

Both ‘St Johns’, otherwise known as Commandery, and ‘Spencers’ Manors were created during the reign of Henry II (1154-1189), however unlike Old Hall and Illaries there were no direct links to Flatford.

The Four Manors were situated:

Its manor house originally located on the site of a Tudor Cottage, Mission Lane, East End.

With its manor house was on the site of Manor Farm, East End.

(At one time Edward Lamb was Lord of this manor. He founded lamb school in 1594).

Situated close to the site of White Horse Farm at the bottom of Mill Road, an area known on the old heath as ‘Bakers End’