You are here: Home > The Four Sisters Crossroads 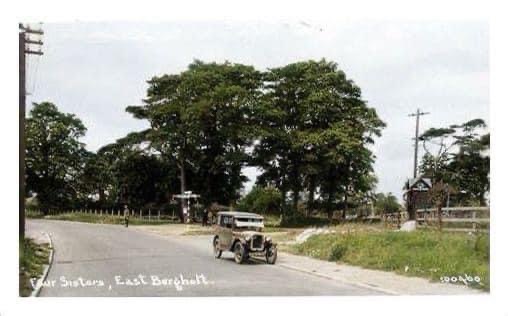 Said to be named after four sisters that regularly met at the crossroads.

Although technically Stratford St Mary, we all know these crossroads and use them most days.

Prior to the A12, Four sisters was a junction of multiple slip roads on the boundary of Stratford and East Bergholt, where four sisters met and apparently never left.

Crossroads are said to be well known in the supernatural world as being the place where the living and dead meet.

Stories have emerged over the years of sighting of four spectral figures and a general feeling of unease that drivers find difficult to shake off, especially on cold, dark nights.

The Farmhouse at this junction is named after the 'Four Sisters' and keep a family of alpaca which can be seen grazing in the field at the start of the sliproad.