You are here: Home > The Lambe School 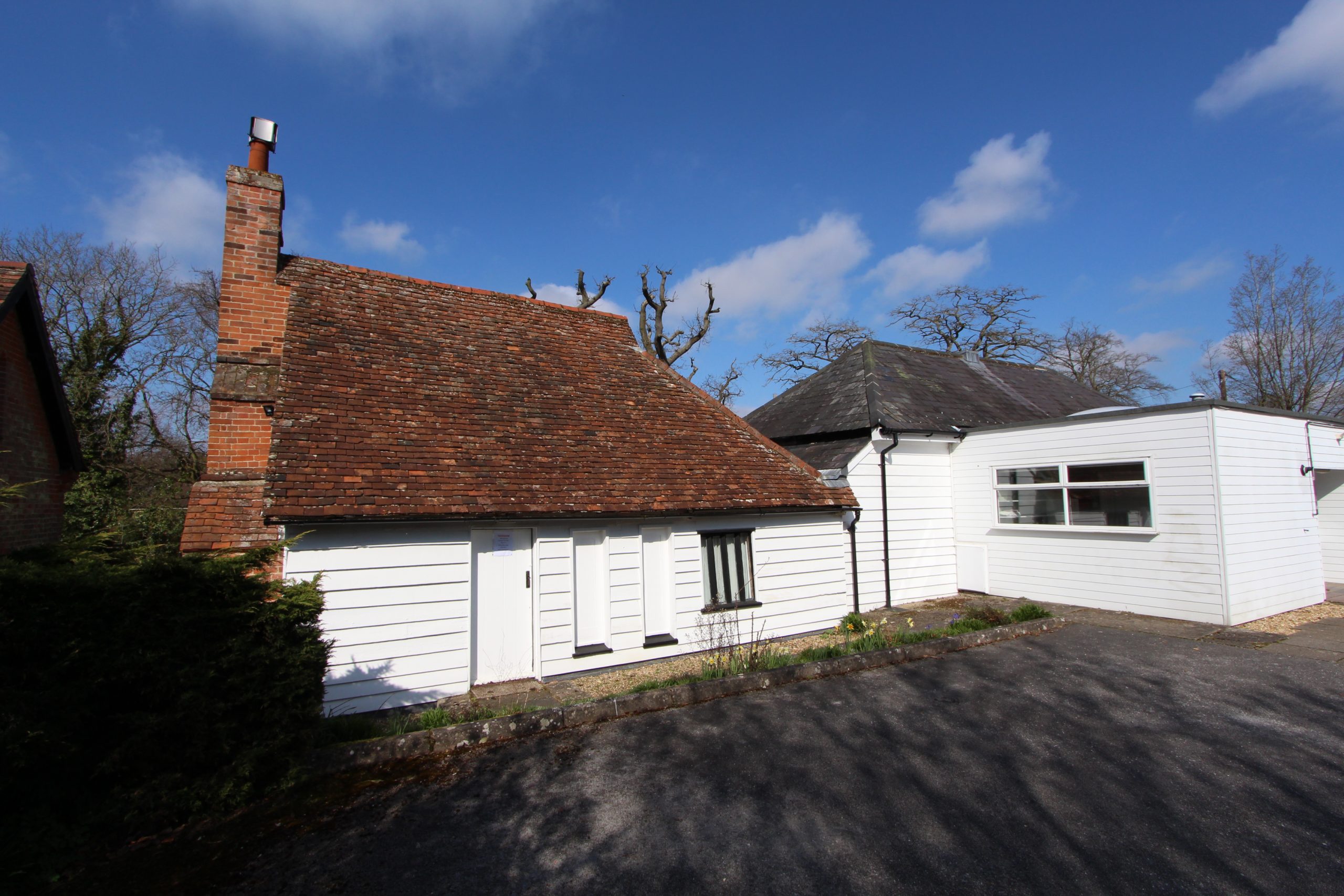 Named after Mr Edward Lambe, Lord of the Manor of "Illaries,  (the Illaries manor house was the site of Manor Farm, East End), the Lambe School  served as a school house for the village for many years.

It was restored by East Bergholt Society in 1974, and is now available for hire for Weddings, Meetings, Social gatherings etc.  One regular monthly event is the Saturday East Bergholt "Farmers Market" for local produce.

In 1589 an East Bergholt widow Mrs Lettice Dykes assigned lands and property’s in East Bergholt to pay yearly for the teaching of the poor children of the village.  She arranged for any surplus monies to go towards the maintenance of the lands and buildings at the discretion of the minister, churchwardens and four of the chief inhabitants. No direct provision was made for any school house, but within five years of Lettice Dykes gift, there is a deed from Edward Lambe in 1594 which describes the building as a "School for the learning of boys".

Mr Edward Lambe was Lord of the Manor of Illaries (its manor house was on the site of Manor Farm, East End). The deed for the Lambe School declared that the schoolmaster "shall be appointed by the lord of the manor acting with the managers already named by Lettice Dykes" and that a yearly rent of "one penny shall be ‘forever paid’ to the lord of the manor".

Mrs Dykes interest in the school survived for her life time till 1608, but all parish records were lost or destroyed in the Civil War so nothing remains to tell us exactly when the school was opened or who was the first master, the foundation for the school was formed and by 1615 the school also provided for other pupils besides the ‘poor children’

The next years are well documented with school masters and trustees, too many to list, and by 1684 the earliest school accounts began as it became known as a ‘Publick free schoole’

By 1711 Joseph Chaplin was appointed Treasurer (owner of Old Hall at the time) and although it was custom to allow a salary of 10s or £1 to the treasurer, it was agreed to discontinue doing so.

In 1723 the Beloved School Master John Mattinson came to an untimely end, as was ‘unfortunately shott’, at the age of 32. His memorial in the church doesn’t say if this was by accident but says that he was both ‘a terror and a delight’ to his pupils.

By the early 1800’s an order to induce parents to send their Children more regularly to School  bought a Mr  William Clarke to the school as the Parish School Master, with a £40 a year salary.  Mr Clarke established a ‘Sunday School’ (not as a Sunday school that is known today, its more for adults for opportunities to learn to read and write and do simple sums) - About 12 years after his appointment, Mr Clarke became blind but continued to run the school with help from assistant teachers until his death in 1829.

In 1831 a new free school was established for the education of the poor men’s children belonging to the parish of East Bergholt, and it was arranged that girls should also be taught at the school.

By 1874 the Education Art came into force for a provision for school for all, so it was decided to enlarge with a new school at Burnt Oak and to use it for the girls as well as boys, so by 1876 Lambe School ceased to be used except as a Sunday School and later as a village club.

Interestingly the large room is said to date from 1814 as in that year the government disposed of a number of huts which served to house the troops who were stationed along the coast in readiness to meet a French invasion so one of these huts was brought here from Weeley and adapted for a school room with a brick face added, but it still has the old wooden structure to the rear.

The building was restored in 1974 by the East Bergholt Society.