You are here: Home > Tunnel Lane

Its not often we walk up Tunnel Lane nowadays, the road that runs parallel with the car park at Flatford down to the Mill.  Rather narrow its seems safer walking the car park route, but certainly not as romantic.

In the 1700’s many of the fields surrounding this are made reference to the woollen industry which brought prosperity to the village in the medieval period, names such as: Woad-house Field (where fabric was dyed), Hanging Field (where yarn was spread out), Tainter Field (where tenters or frames for stretching cloth were set out), Washmeadow (for scouring sheared wool), and a combshop (for combing wool before spinning. 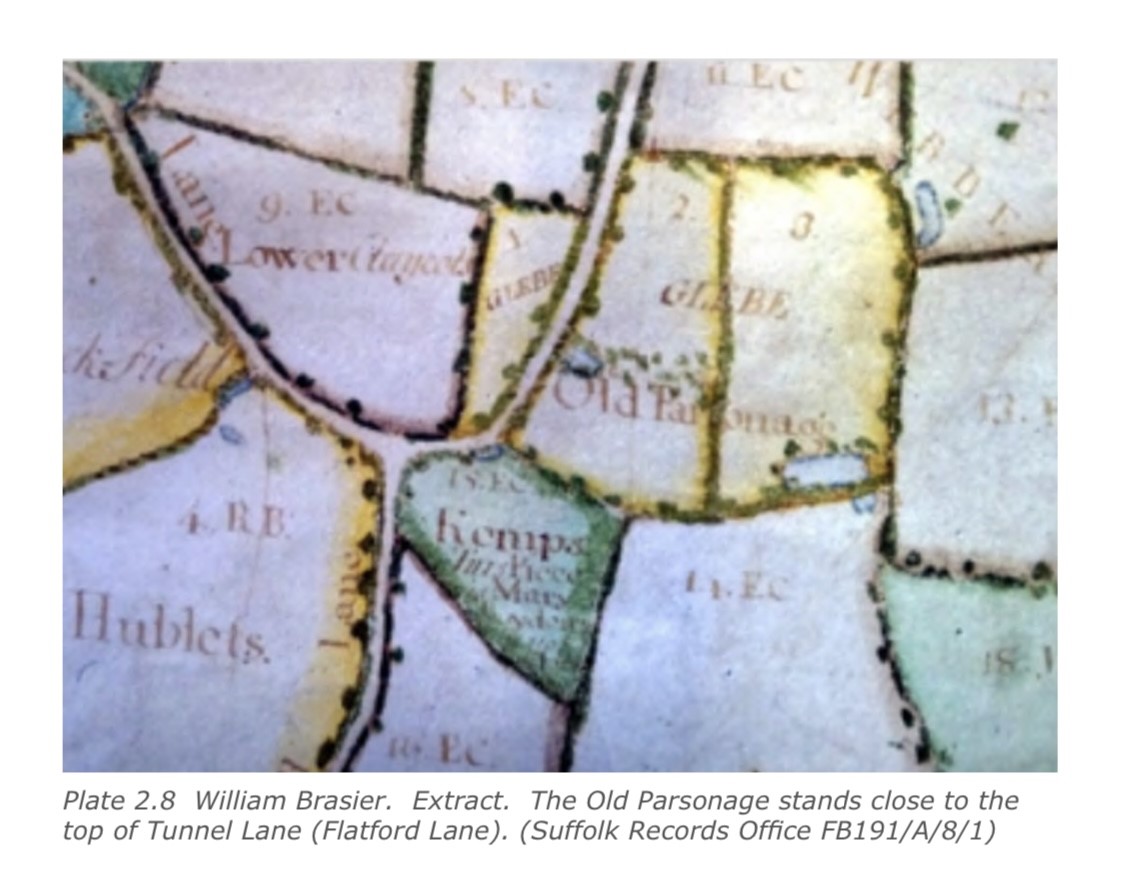