You are here: Home > Village Farms 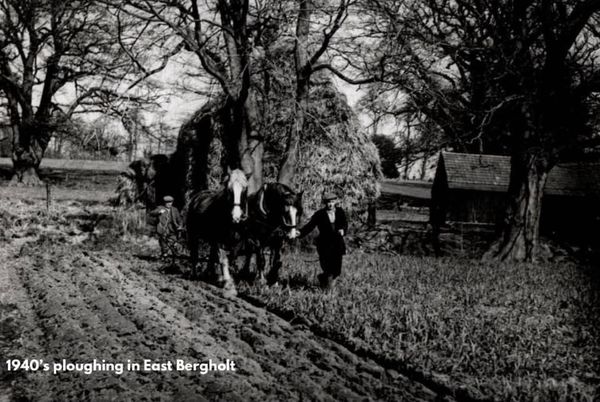 During the first half of the 20th century and because of the constraints of transport, most local people also worked locally, in domestic service, in trades, at one of the 2 factories in Brantham, or on one of the 20 plus farms we had here in East Bergholt, all employing labour, and most having just one or two horses, which meant much manual work!

Starting at East End there was Elm Farm, Manor Farm, Woodlands Farm, Park Farm, then further down you came to Home Farm (The Eleys), Willow Farm (close to the crossroads), Colonel Peel had land at Gandish Road ‘Highlands’ , the White Horse Farm, Dazeleys Lane and Orvis Lane was Colonel Dodson from there down to the river and even if these farms were father|son run, harvest time always required extra labour.

At Flatford you had Clapper Farm owned by the Greens, Mr Green also owned Brantham Mill.

Lenny Richardson had a big chunk of land at Flatford, he was considered as a ‘Gentleman’ Farmer as quite a number were. There was Gosnell’s Farm run by Mr Crisp, and all the Convent land around that area as well.

In Cemetery Lane Mr Harwood ran Vale Farm and is where Ha’penny Pinner was based for his milk round.

Allen’s Farm  was run by Johnny Aldous opposite the lodge where Sir Collingwood Hughes lived at that time, who also had land as well. Woodgates Farm , Mr Alfred Mann. Richardson’s Farm, opposite Allen’s was Mr William Green who lived at the Poplars. You also had Pitts Farm which is now the estate off Heath Road, then over to the North you had Rookery Farm in Rookery Lane................... so all in all 23 farms, all employing labour and all having one or two horses.

At Harvest time most farms employed additional labour. 1 or 2 men would go around with a scythe to clean a space around the whole field so the horse didn’t destroy the corn when the binder came in to cut it, then afterwards you couldn’t go out onto the wheat field after it was cut until it had been raked.

Other casual work at Harvest time was shift work chopping out the sugar beet. Also children could earn up to a shilling a week by picking up stones from the fields in the evenings, or helping to collect the eggs with Mr Hynard in the ruins of the old Constable house where they used to roost.

It was common for most of these farmers to farm at least one field of mustard which was harvested and the seed sent to Colman’s Mustard at Norwich who at the end of the season would always send the farmer back a large jar or mustard and say we hope you will supply us again next year.

Just before WW2 Melting’s Farm changed its name to Elm farm on account of the huge elm tree that grew at the end of their meadow and at the time was reputed to be the largest tree in the country.  The trunk was at least ten feet in diameter with a heavily pollarded top but was complete hollow.  On the north side was an opening large enough for two Suffolk horses to squeeze through.  The Farm was run by Mr George Copping who had about 8 Suffolk Punch horses. They also had about 4 sows, 20 fattening pigs, 3 or 4 cows whose milk was looked after by Mrs Copping who skimmed the milk and made butter for the squires house. The skimmed milk was then sold for a penny a pint.

After the war there was a depot for the threshing engines. That was a steam engine and drum and straw pitcher that the farmers used to thresh the corn. There was no combines, it was all done by people taking the engine to the farms and threshing out the corn.

I read an account from 1937 of a local farmer buying his first tractor and ploughing a field. The field had only ever been ploughed by horses before, so only about 4 or 5 inches deep, whereas the tractor would easily plough ten inches at least.  Another recollection of a farmer was them making the ‘pond’ at Willets Farm, as although there was a very small pond of about 6 foot, they spent about three weeks so over an Easter holiday, using two horses, two carts to make the pond you see today on the old gravel pit of Home field.

The blacksmiths forge was kept busy, with its hand bellows.  They made all the shoes and shoed all the horses outside.

For a copy of this book, please get in touch with us HERE

If you have any additional history information of photos then please do get in touch. 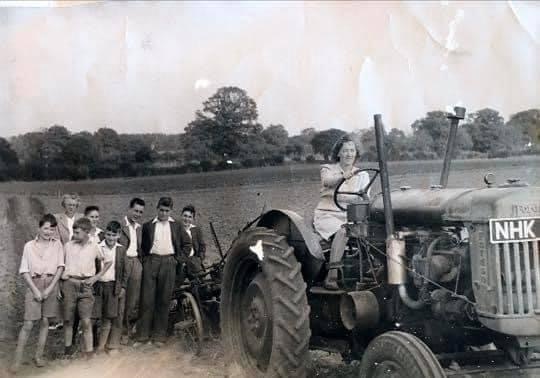 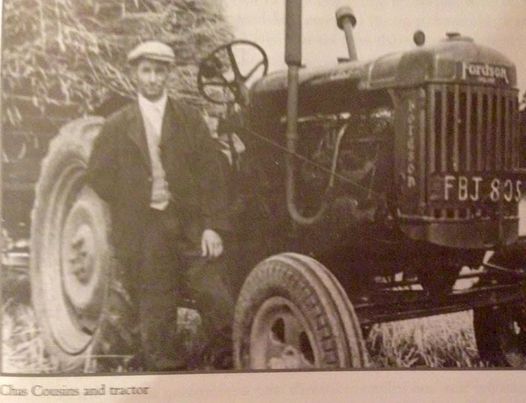 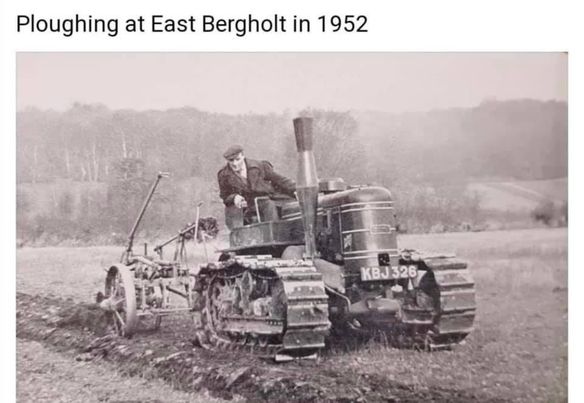