You are here: Home > Village Shops 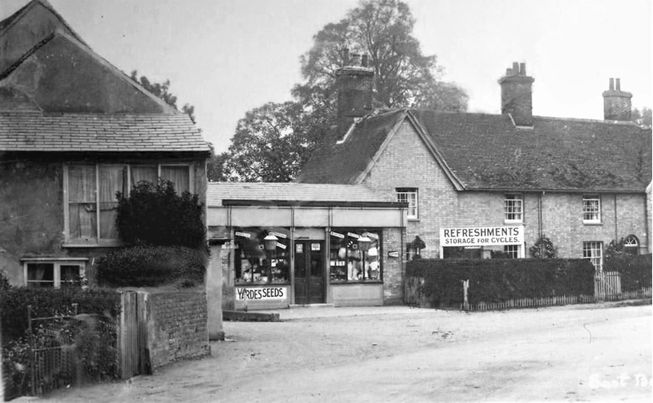 Back as far as the 1900’s there have been some interesting shops and characters serving us in the village.  Here are a few and in no particular order:

Hardware and Haberdashery, first ‘Tweeds’ run by Mr & Mrs Tweed in the 1920’s and then by Mr Mace for a couple of years and then by a Mr Pizzey who turned his front room from a post office to a barbers shop. (I believe this may have also been a small stationers and newspaper shop ran by a Miss Barker as it was described as being on the corner of Cemetery lane)

There was also a draper and shoe shop that belonged to the Greens and next to that a cobblers shop who would mend shoes and had a harness room.

Potters Butchers and general store ran by George Potter who would slaughter then animals at the back of the shop. He also had a wooden hut at the entrance to the butchers where Mrs Potter (Effie) and their daughter Evelyn would sell sweets.

Mr Wilderspin the Chemist and East garage were also in the village centre and further down the street towards the church was Ramplings.

Chapmans or Chaplins? which became an antiques shop for a time.

Mr Gaylor ran an electrical shop on Fiddlers Lane. As there was no electricity at the time, Mr Gaylor would charge the accumulators for the wireless which ran on batteries.

Potters Butchers and Stowe’s the bakery and next door to Stowe’s was Miss Wrights shop in her front room selling knitting wool, corsets and ladies underwear.

Tarbins, Mr Prizzey and Greens all made home deliveries in the early days on horse & cart and then just prior to the war Greens Stores got a van and the delivery man was Mr Bridges.

Jessops in the very early days came from Capel on a horse and cart that was more like a gipsy caravan.

Mr Harwood owned Vale Farm in Cemetery lane and Mr Pinner worked for him and did the milk round on a 2 wheeled cart holding a large churn that held about 20 gallons of milk and had a brass tap.

Over the years there have been many more small shops and businesses that operated from homes and sheds dotted around the village, fruit and vegetable sellers and repairers of all kinds.

This information has been taken from ‘in our own words’ 100 years in the life of East Bergholt, published 2000 by the East Bergholt Society, and with thanks to Alicia Herbert for permission. 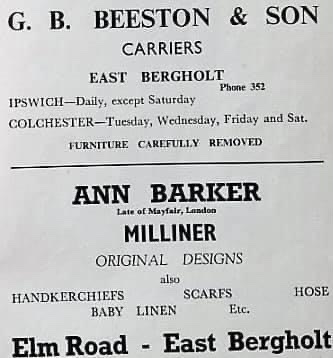 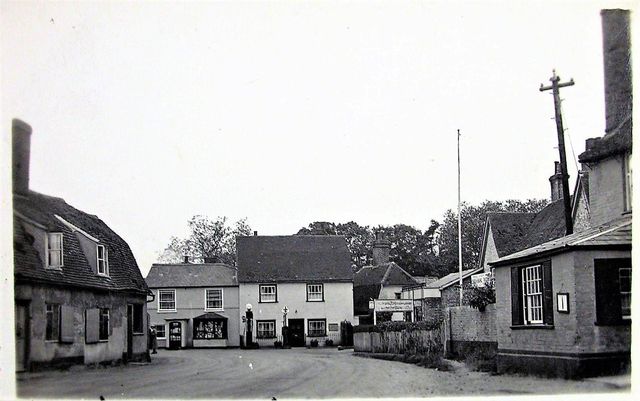 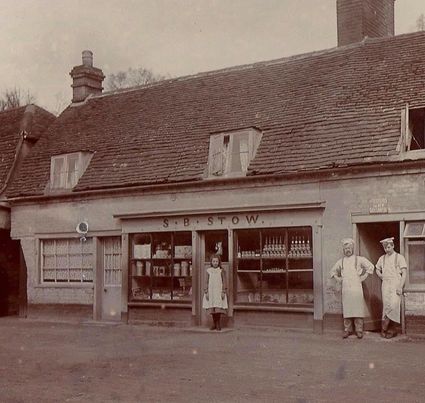